The Killing of Capitalism (Ch 1) 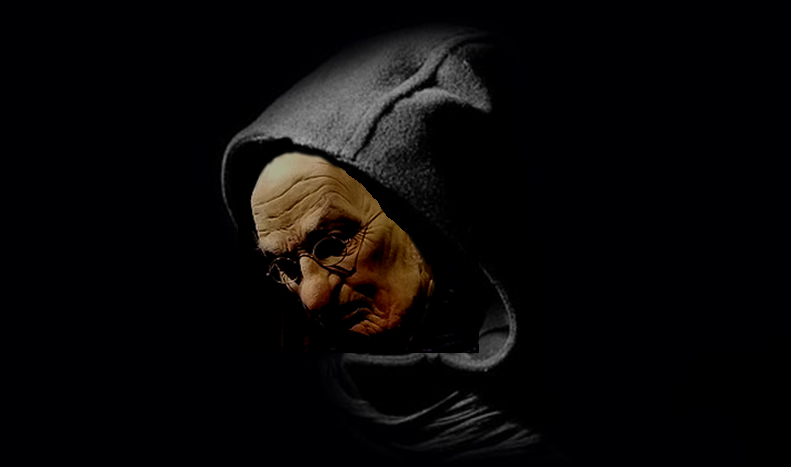 Dr. Edward de Praved (AKA Dr. Malice to his close personal associates - there weren't many) stepped out of his front door and surveyed up and down the street. It was an early wet fall morning with a few tendrils of fog still lurking in dark corners and wrapping around the odd spindly tree in the boulevard. No one was in sight. Satisfied, he jerked the string attached to his pet rat and began his usual constitutional walk. Because of his game leg he always went with the help of a cane - useful for beating off beggars and small children. The rat scurried along behind, wiggling its long nose and sniffing at most anything. Above Edward's heavy coat and just visible under his hood was a lined face with wire glasses and thin lips below a rather large bulbous nose. Anyone looking at him could not help staring at such a nose and thereby perhaps missing the look of psychopathic evil staring back through his dark grey eyes.

This morning he had a particularly vexing problem. He needed a new plan for Global Domination as the old one was failing. It had seemed perfectly workable on paper when his assistant goblin presented the idea. Yet for all the effort he had invested in the project it was falling apart. Well, the assistant would pay - but without the loss of any limbs of course. It was so difficult to get good help these days and this goblin was particularly gifted at tax avoidance.

As he limped along he occasionally jerked the rat's string when it fell behind or stopped to sniff some particularly odoriferous substance. Occasionally he jerked the string extra hard just because he felt like it. The rat squeaked when this happened but it was used to such treatment. They passed a homeless person with straggly hair and a haunted look in his eyes leaning against a light pole. The man reached out a metal cup hoping for a few coins but pulled it back just in time to avoid a swipe from Edward's cane. The rat would have bitten the man but Edward gave a yank on its string. He didn't want his pet picking up any strange diseases. A young man in a blue jogging outfit flitted past them in the dim light, his eyes fixed on his Fitbit readout, ignoring them, the sound of music leaking from his earbuds.

A plan started to form in the back of Edward's twisted mind. It was a plan so audacious yet simple that it caused the corner of his mouth to sneer upward in such a way that one might mistake it for a smile. Yes, he would call his new plan operation Sunflower. Everybody loved sunflowers. But there was an obstacle. Capitalism. It had brought too much wealth and happiness to far too many common people. Happy people were poor revolutionaries. He had to destroy it for his plan to work.

He pondered how this might be achieved and knew that his best ally was human nature. At heart people wanted safety and reward and being able to buy and own things. They wanted to have power and a purpose and to feel good about themselves and what they were doing. And fundamentally they wanted to work as little as possible for what they had. Capitalism was strong on some parts of this but weak on others. To destroy it was just a matter of finding the right strategy.

Edward knew that Capitalism was getting weaker by the year. Many young people were already questioning the value of Capitalism as increasing debt and inequality were creating prime conditions for a change. Prospects were ripening for a new system implemented by just the right person – himself. Fortunately his account at the Bank of Evil was in top shape after the huge profit he made from the subprime mortgage collapse a few years ago. It had been so easy. Operation Sunflower would be more complex but even more rewarding. Edward turned and started back toward his house, jerking on the rat's string. He was eager to start putting his plan down on paper. He knew just what to do.

Read Related Next : The Killing of Capitalism (Ch 2)