Culture and Societies
The Importance of Listening

Thresholds of Perception and Mental Health 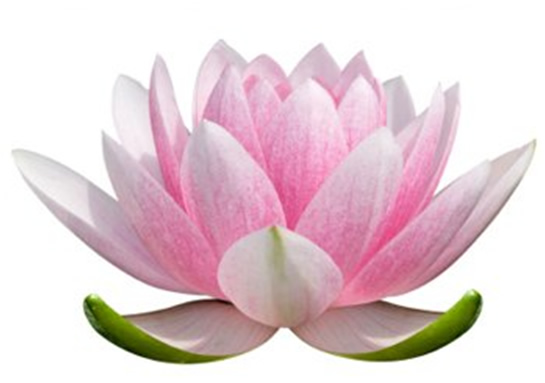 Can we really comprehend the universe in all its complexity? I suspect that for most people such a comprehension would drive them mad. Something within us, perhaps the psyche, limits our vision to what the conscious mind can accept and integrate. Only when our mind is ready can we step through the barrier from one level of perception to another. The passage can be represented by the ancient religious symbol of the lotus flower. The ultimate meaning of this in the Hindu belief system is that the lotus flower symbol represents awakening to the spiritual reality of life

Much is hidden from our conscious mind. There are the repressed thoughts and feelings as described in Freudian psychoanalytic theory but there is also another restriction – one that appears to originate in the subconscious or spirit and this restriction provides a safety net to our mental health. This is not one of the defense mechanisms of the Ego as postulated by Freud which include denial, repression, undoing, rationalization and displacement. This is a mechanism of the psyche, like blinkers on a horse, which restricts our perception of the world around us to those things we are capable of accepting and integrating into our view and understanding of the world.

As babies and children our view of the world is constricted. As we mature, and as our brains develop, we pass through periods when the perceptive restriction is relaxed. Like a physical growth spurt that we see in children, our psyche can grow in comprehension capability and this growth does not occur at an even pace. In some ways it is analogous to passing through multiple doors on a journey through life. Most often we hardly know when we have stepped across a threshold. At other times, especially when we have the time to stop and look around, the awareness of having stepped through such a door brings a sense of change and wonder, a feeling of increased perception and understanding. In some cases, the realization of such a passage can be very powerful. Such passages are a natural part of human emotional maturation. One of the more common symbolic narratives of change and perceptive growth is from Joseph Campbell in his work on the Hero's Journey, where a person leaves home to travel, experiences multiple adventures, and comes home a different person. The concept borrows from T.S. Elliot who said, "We must not cease from exploration and the end of all our exploring will be to arrive where we began and to know the place for the first time." Both of these refer to change and growth of the human psyche and the increase in comprehension capability. But they do not speak directly to the thresholds which we must step across and the danger to our mental health when a passage is blocked.

One of the more important thresholds is passing from youth to adulthood which normally occurs in the late 'teens or early twenties. This is the time when we are presented with the reality of leaving home, of being responsible for oneself, of learning to be a separate and unique individual, and accepting the often difficult reality and consequences of our own decisions. It is also a time when we really begin to see our parents as separate individuals with their own faults and shortcomings. If we are blocked from passing through this door the result can present itself as mental health issues. It is reasonably well known that the onset of serious mental health disorders, such as classic schizophrenia, most frequently presents itself in the late 'teens to early twenties age group, although occasionally somewhat later. It is no coincidence that this coincides with the typical age when a person would normally pass through the critical perception threshold door between youth and adulthood. The Mind wants to grow and develop, and when repressed ideas, beliefs and experiences prevent the passage through a critical threshold it creates great stress upon the integrated psyche. In Freudian terms one might say that the Super-ego wants to expand its perception, the repressed feeling and ideas in the Id will not allow the mind to do so, and the Ego is unable to reconcile the conflicting mandates nor find an acceptable internal solution.

However, the control mechanism that keeps us blind to those blocks that we cannot comprehend or integrate into our thinking is not the Id. It is something else. Freud’s concept of the Id was the disorganized part of the personality structure that contains a human's basic, instinctual drives. Therefore that aspect of the psyche is not a candidate for this control mechanism. Nor is it the Super-ego which is considered to reflect the internalization of cultural rules, mainly taught by parents applying their guidance and influence. This is not about cultural rules or norms. Nor is it the Ego which operates on a reality principle to moderate and reconcile the competing commands of the selfish Id and the moral Super-ego. Thus we cannot look to Freudian psychoanalytic theory to answer our question.

The will of our psyche to grow and the mechanism that limits our perception to what may be considered as 'safe', is more likely to arise from Edgar Cayce's concept of super-consciousness. Cayce identified three levels of human awareness which he called the conscious level, or Mind, the subconscious, or Soul, and the superconscious, or Spirit. He indicated that it was especially the superconscious spirit that existed across the multi-dimensional universe and connected us to the Infinite, the Whole, or the One Spirit of God. Cayce in his readings said many times that the Mind is the builder so it is logical that while the Mind attempts to grow, some combination of the Soul and Spirit provide the perceptive restriction to protect our mental health and sanity.

Now, what about these perception doors through which we pass as we grow and mature? When we arrive at these thresholds of mental and emotional growth we normally pass through the doorways without strong awareness. Like the child who knows that they are growing taller and at times realizes that he or she has had a recent growth spurt, people understand that they are maturing emotionally and mentally and may at times realize that they have recently changed more rapidly than normal. The example above of 'The Heroes Journey' illustrates this rather well. The person will not recognize the change as it is occurring, but at some point will be faced with the realization that they are different, that a threshold has been passed, and that they see the world differently not because the world has changed but because they have changed.

The most recent time it happened to me was during the summer some years ago when I was walking alone in the foothills above Cloudy Ridge Ranch. The day was hot with clear skies and the mountain air carried that mixture of scents so common in the foothills. I stood on the ridge surrounded by the native grasses and with the view of the mountains before me and suddenly just knew that the change had occurred again. There was no flash of light or other great event but rather a sudden understanding that I was different. It is like opening an unexpected gift of great value on no special occasion. It is an awareness that you have passed through a threshold of your life and that some part of you is now more aware and open than before. It is akin to the lotus flower symbol in the Hindu belief system. 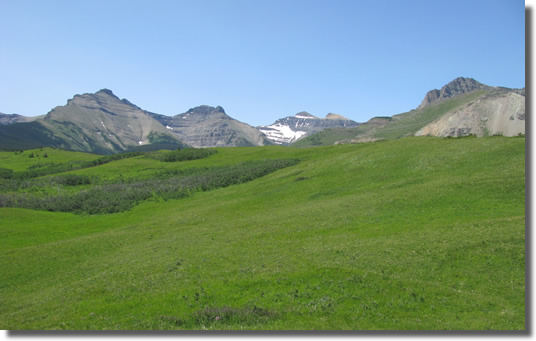 Being able to pass easily through these doors of understanding and perception is critical to our mental health, and the door between youth and adulthood is one of the most critical. When a certain passage is prevented by barriers of repressed ideas and emotions buried in the Freudian subconscious, the result is conflict within the psyche that can present itself as mental illness. When the perceptive and emotional door from youth to adulthood is blocked the resulting mental problems can be extreme.

One example is illustrated in the film of the 'Dead Poets Society' when the protagonist, Neil Perry, finds himself caught between his desire to be an actor, his anger at a father who will not allow him to do so, and his guilt toward the mother. His only recourse to resolve the conflict over his desired career is to leave home knowing that this will likely cause a permanent split with his parents. But leaving home in this fashion will cause intense anguish to the mother and Neil is unable to accept the guilt of causing such pain to a parent that he loves. Caught irreconcilably between anger and guilt, two of the strongest emotions, he opts to end his life. Keating, the provocative teacher, had become a catalyst to opening the door to increased perception and awareness but Neil was unable to choose to pass through it. That act of choosing, making a choice that a person knows will result in benefits for some (or himself) but also liabilities for others, is part of stepping through this particular door. It is most difficult for people who are already intelligent, sensitive and perceptive.

There is no magic or guaranteed solution to the matter of dealing with barriers to passing through the emotional and mental doors of our lives. Repressed ideas and emotions originating in traumatic experiences during childhood can remain in the unconscious beyond our conscious awareness yet remain operative, driving our emotions and actions throughout life. It is important to be aware that such thresholds exist and thus recognize the signs when a passage is blocked. In most cases the individual will find a way to minimize these barriers and thus pass through the door of increased perception and comprehension. Like the Hero who meets and overcomes challenges, this person draws strength and self-confidence from passing through the door to a higher and more developed consciousness. Like the lotus flower opening, they step from one level of perception to another, from a state of conflict to a state of peace. Others may find it difficult if not impossible.

Understanding that these doors, or thresholds, exist in the growth of the individual during their lifetime is important to understanding mental health. When you combine the concepts from the Cayce readings with the analytical science of Freud, the result is a better understanding of individual emotional growth and the impediments that retard or even prevent this growth. An improved comprehension of these elements of growth, the doors of comprehension through which we must pass, and the frequent role of parents and parenting in creating the impediments to emotional growth, will go a long way to improving the mental health and happiness of our society.