The Danger of Suppressing the Creative Individual 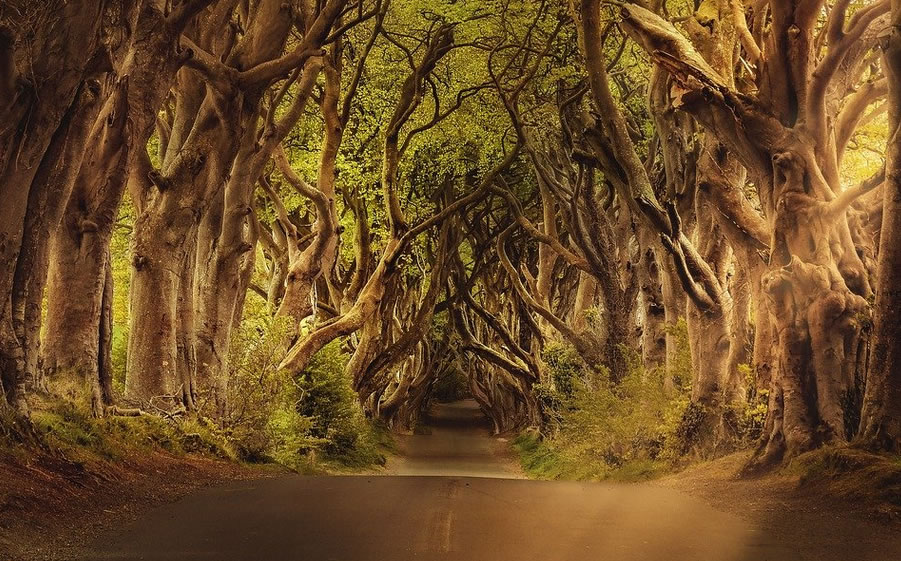 If you are on the wrong road, progress means doing an about-turn and walking back to the right road; and in that case the man who turns back soonest is the most progressive man. - C.S. Lewis.

The progressive liberal, convinced of the righteousness of their ideology, has a mistaken belief in the certitude of progress. And it is this hubris that has brought us to the current state of demoralizing social turmoil. Progress should be measured by the degree of freedom and standard of living of the average person within a peaceful and prosperous society. Progress requires hard productive work to create something of value. When this is forgotten then progress is not always certain. Society can fracture and even collapse leading to dictatorship, poverty and loss of freedom to authoritarianism.

Human progress is messy. There will always be people who, frustrated by this fact, come to the belief that given sufficient power they can create a logical and proper world order which will last for an age and cement their place in history. And while the restructuring of society according to their vision will require sacrifice, such ‘temporary difficulties' are considered worthwhile to achieve peace and prosperity. Of course, the worst sacrifices are for others to bear. Major restructurings such as this are always sold to the people as progress and change for the better. So have empires been created - empires built upon an idea and driven by power. Their ultimate failure is always due to human nature and economics.

A fundamental aspect of this cycle is whether the individual exists for the sake of society, or does society exist as a framework for individual endeavour. We are now witnessing a reprise of this historical cycle. The degree of sacrifice this transformation will require has yet to be determined and the current loss of individual freedom is just the bow wave of the new world order. It is a revolution promoted by the pessimists of the world – an elite class who believe that without their enlightened direction and control the world will collapse into a self-immolating disaster of epic proportions.

A movement that began in the Seventeenth century, and dominated intellectual thought in the Eighteenth, was a new freedom within society for individuals to ask questions and challenge the orthodoxy of the day. Part of this intellectual and scientific revolution, termed the Enlightenment, was the idea that individuals should examine actual measured data and then, from this base, ask questions and examine new hypotheses. This freedom of the individual to rely on their own observations and philosophical enquiry rather than the dictates of the ruling class became the basis for the rise in academic and practical sciences. The old set of presuppositions that had constrained and prevented new ideas were swept aside. All suppositions, theories and conclusions were open to critical challenge. The individual was seen as a unique and respected entity, a part of but separate from society. Unquestioning obedience to authority and the social "tribe" was no longer necessary. Skepticism was allowed and even encouraged. As a result of this cultural shift, the creative potential of a society of respected individuals was released from the bonds of cultural paralysis. People believed that this new philosophy of individual freedom would improve their lives. And it did.

During this period the scientific method was established. This empirical method of acquiring new knowledge required careful observation and measurement within real world constraints. It meant developing a hypothesis to explain observations and then rigorous skepticism to challenge both the hypothesis and the measurements. Frank discussion was important. And while experts arose in particular fields of study, the average person was encouraged to educate themselves, and think for themselves. Public schools were for all people, not just the wealthy or noble. Once educated, people were considered as sovereign individuals, responsible for their own success or failure.

Philosophically the individual became seen as a unique entity imbued with both the right to think and act for themselves, and the requirement to take responsibility for their own actions. To think independently was fundamental to existence. As René Descartes wrote, "Je pense, donc je suis." The independent thinking person was held in high esteem. In religion this right of the individual was presaged by the sixteenth century Protestant Reformation which considered the individual as having the right to a direct relationship with God, rather than through the intervention of Church and Saints. This freedom of the individual to think for themselves, and talk directly to God if they wished, created the foundation for a flourishing of art and culture as well as the industrial revolution. The individual could strive for his or her own benefit and enjoy the fruit of their own labour. They no longer had to subordinate themselves to the wishes and rules of society, nor sacrifice private interests to what others defined as the common good. There was no guilt in success. This new philosophy was echoed in the economic thinking of Adam Smith in his 1776 work, The Wealth of Nations.

Unfortunately, it appears that we are falling back into the old cultural and social paralysis. The tribal impulse is taking hold once again. Individuals who question the orthodox narrative are shamed and shunned. "You must not think or say such things. It is your moral imperative as part of society to conform with social constraints. It is for the good of all." Such collectivist philosophy has always been echoed in the propaganda of Communist, Fascist and Totalitarian regimes. An example is the German Nazi propaganda statement: "The common good before the individual good." In all cases this type of social conformity has been enforced by the repression of any dissent. And now in the twenty-first century we are seeing again this repression of individual thought and expression, and even compelled speech. And with pervasive surveillance technology based on fast processors, unique personal biometric identification tags, and big data capability, social control can be enforced as never before. Consider the example of the Chinese Social Credit system where even your facial expression may be analyzed by an algorithm to ensure that your emotional attitudes are correct and in line with proper thought.

This trend does not bode well for the future. We appear to be sliding into a culture of dis-Enlightenment - pushing aside the lessons and progress of the last 250 years. The cycle of individual freedom is turning down. Our right and ability to question, think and act for ourselves is fading like a sepia photograph of a long-dead family member on a dusty shelf. Witness how in the current pandemic our leaders continually claim to be following "the science" while actually throwing the scientific method on the bonfire of convenience and crisis management. Any challenge to the standard narrative is ignored at best, and censored, shamed and denigrated at worst. It is the tyranny of the expert combined with the coercive power of big government. It is not likely to end well.

The paradox is that for very many people around the world life has been improving for the past many decades.1 Facts will attest that, on a global basis, people are living longer and more healthy lives, disease is down, famine is down, crime is down, and literacy is higher than ever. People have access to products from around the world, and there is an amazing device that fits in your pocket and allows anyone to stream the knowledge and entertainment of the world directly to their eyes and ears at any time. There is a flowering of new ideas and creative products. The future appears bright. The road may be a bit bumpy but, what could go wrong? What is going wrong?

The answer is in cycles of human culture and endeavour. All people tend toward linear thinking and so we expect that what we are experiencing now and in our recent past will continue. Yet even a cursory examination of history will show that the world operates more like a spiral than a straight line. The cultural and other factors1 that laid the foundation for the current prosperity are fast disappearing, buried under a progressive wave that lacks common sense. The modern day prophets are sounding the alarm. The bills are coming due. We appear to be rushing headlong into the Dependency stage of the Tytler2 historical cycle. It demands a frank discussion now before reality intrudes in its usual rough fashion.