Have Fear and Social Control Become the New Normal 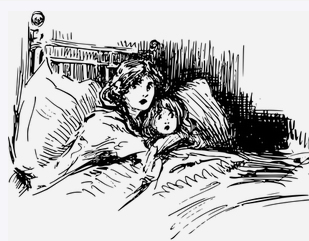 Some years ago I was rolling north on the Toronto Young Street subway after a long day's work updating software at Ontario Hydro. It was late in the evening, so late that the subway car I boarded at the center of downtown was virtually empty. I was bound for the last stop so it would be a long ride. Tired, I sat on the hard seat in a fuzzy trance familiar to most transit riders: a state where your surroundings become no more than an unfocused soft blur. Even the frequent screeching of steel wheels on rails fades into nothing. In that state little was impinging on my consciousness. That is until the sound of shouting broke through the barrier of my mental cocoon. It was an angry voice. Turning, I saw a young man opposite and a few rows toward the back aiming a strident angry tirade in my direction. It took me several seconds to realize, after looking around and seeing no other person on the car, he was shouting at me. I stared at him, initially more curious than afraid. I did start to feel a rising concern about being alone on a city subway car at night between stops with a very angry person who had taken a serious dislike for me and might have a weapon.

"I hate you guys," he was saying. "You rich bastards always get what you want. You always get the girls with your fancy clothes and cars. It's not fair. People like me never have a chance. We always get screwed."

I was wide awake now, watching him, tensed as the tirade continued. It was a jeremiad punctuated by oaths. At the time, company policy was to wear a suit and tie when at a customer site so I was dressed up even though riding the subway. Evidently when he looked at me he saw some sort of executive commuter with lots of money. I had no idea how to react to this torrent of words. Then I did what he didn't expect. I loosened my tie and looked straight at him while trying to look nonchalant, and said something along the lines of:

"Hey man, I'm just like you. I don't particularly like wearing this monkey suite any more than most people but the job requires it. I've had a long day and I'm tired. It looks like you've had a bad day too."

He stopped shouting and looked at me. There was an awkward silence. Then he started speaking in a more normal voice and I learned how his girlfriend had just dumped him and he was having financial problems. I sympathized with his plight and we chatted briefly. He was just an ordinary guy with a problem, frustrated and angry. What I had done inadvertently was to de-escalate the situation. My instinctive reaction was driven not by fear but by curiosity. What might have happened had I reacted out of fear by shouting back in a confrontational manner is difficult to say. Fear tends to engender an emotional fight or flight response. Perhaps I was too tired to be afraid.

This incident came to mind as I read a story about a confrontation in a neighbouring small city a few days ago. It was the fourth of May, a special day for Star Wars fans, and a local restaurant with a Star Wars theme had hired a teenage girl to dress as a storm trooper and wave to passing people to attract them to the restaurant. She had an obviously toy gun prop as part of the costume but two frightened people phoned the police. They rushed to the scene, approached the girl with guns drawn and started shouting at her to get down on the ground. A partial video of the arrest shows her on her knees with no toy gun and looking dejected while police have their guns drawn. Police subsequently did a hard take-down even after they determined the gun was a prop, forcing her to the ground sufficiently violently to bloody her nose before handcuffing her. She was later released at the scene and was seen crying. Police tried to justify their actions saying that the person did not comply with their orders to get on the ground.

The question that comes to mind is why law enforcement faced with an unusual circumstance will immediately escalate the level of violence rather than work to understand and possibly de-escalate the situation. This story is not unique and has been played out in more than one instance as reported on the news. I would argue that the cause is simple: in a world of fear there is no room for understanding or de-escalation. Reason and common sense play little or no part. It is all about power and control.

There is a documentary story where a character defines the normal difference between the police and the military. In the story he explains that police are about enforcing the law with as little violence as possible. On the other hand, military are about inflicting more pain on the enemy than they can stand and thus forcing surrender. It is a key distinction.

Police – local law enforcement - are supposed to see themselves as one with the citizenry but with some special powers of force – an inclusive view. Military people see themselves as separate from the enemy – a divisive view. The increased militarization of the police is a trend which has been growing for some forty years at least. Yet this trend of militarization and division is not limited to law enforcement. We see it often within our society. It is sometimes called the politics of division.

One must ask the question of whether this divisive characteristic has led to an increase or decrease in the level of trust between the people and their police. For an answer, surveys show that the level of trust people have in their government institutions is declining broadly around the world and at least one survey company argues that it relates to an increasing level of fear. They write, "With the fall of trust, the majority of respondents now lack full belief that the overall system is working for them. In this climate, people's societal and economic concerns, including globalization, the pace of innovation and eroding social values, turn into fears."

People also have a declining level of trust in each other. And government and the media might be expected to try and reduce this level of fear, especially for children who are highly impressionable. Consider the lesson being learned at school by the children in the picture below. Governments appear to be magnifying the problems and increasing the level of fear by their response to a series of challenges. The rhetoric almost shrieks crisis. People want to feel safe and governments are understandably responding to this desire for safety. 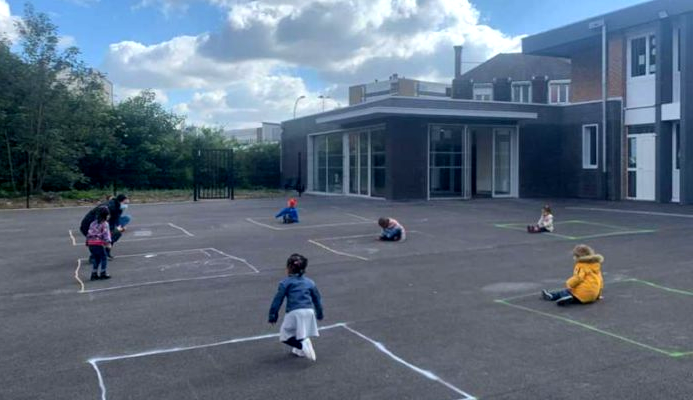 Witness the response to the COVID-19 threat which has seen large segments of the world confined to their homes for an extended period of time whether healthy or sick. Social distancing is enforced either by stiff fines or social shaming. We are encouraging people to be fearful of each other. Never in history has a society ever quarantined people who are not sick, yet we are suddenly accepting this as a new normal in order to be safe. I heard a person phone in recently to a radio talk show and complain about some people who he believed were abusing the privilege of being outside by not sufficiently social distancing. The Mayor where I live has encouraged people to call the city and report people who they believe are not properly social distancing. Our Prime Minister recently declared that nobody should have to return to work if they don't feel safe.

And how is this safety to be achieved? How is the fear to be assuaged?

In the new language of crisis, safe means control. People with an understanding of human behaviour know that if you can maintain a person in a state of fear over a long period of time they will become compliant. In fact they will not just allow their society to be controlled, they will demand it. This can take on the appearance of a type of mass hysteria as an overreaction driven by fear. Former British Supreme Court Justice Jonathan Sumption recently explained this in an interview.

"The real problem is that when human societies lose their freedom, it's not usually because tyrants have taken it away. It's usually because people willingly surrender their freedom in return for protection against some external threat. And the threat is usually a real threat, but usually exaggerated. That's what I fear we are seeing now. The pressure on politicians has come from the public. They want action. They don't pause to ask whether the action will work. They don't ask themselves whether the cost will be worth paying."

Let us understand that government cannot guarantee personal safety, and a society whose chief concern is safety will have no choice but attempt it through the implementation of an excessive level of public control. Turn this around and you will quickly realize that, for a society wanting to suppress dissent and increase control, the best method is to create a high level of fear and distrust in the population and maintain this for an extended period of time. That implies the creation of an endless series of fearful crises, whether real or imagined. Does that sound familiar?