Don't Cry for Me, Canada 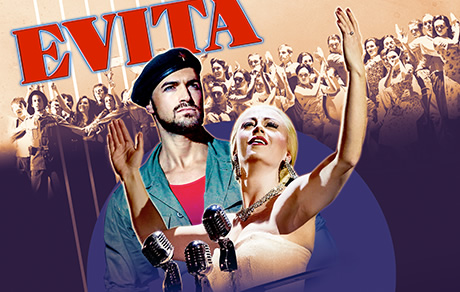 It won't be easy, you'll think it strange

When I try to explain how I feel

That I still need your love after all that I've done

You won't believe me, all you will see is a girl you once knew

Although she's dressed up to the nines

At sixes and sevens with you

This Halloween day, no matter how you dress it up, the announcement by Encana that they would be establishing a 'corporate domicile' in the United States is a significant blow, not just to Alberta but all of Canada. Like any sickness, the underlying cause has been operating for some time before it manifests in open symptoms. It is an example of the cultural shift in attitude that I alluded to at the end of my previous blog: Elections have Consequences. This announcement should be no surprise to people who understand business and are not blinded by Progressive Socialist rhetoric. We can ignore the reality of Objectivism for a long time but sooner or later it bounces up and slaps you in the pocketbook. The people who make decisions and create opportunities are quietly voting with their feet.

Examining my last monthly utilities statement from Enmax, the section on Natural Gas is instructive. The total amount charged for that energy was $50.79. Of this amount the actual 'Energy Charge', which is more or less what was paid to the producer, was $1.36, or 2.7% of the total. The other 97.3% was eaten up by administration, delivery, various other charges, plus a City of Calgary fee and GST. In other words, the company that took on the risk to explore, find, and develop the natural gas resource received an almost insignificant part of the final cost to the consumer. While it is nice to have cheap natural gas to heat one's house, the effect on producers is predictable. Who will take the exploration risk when the reward is so low? The United States has built several natural gas liquification plants on their west coast in the last few years to serve the Asian market while Canada has been unable to build even one at this point in time, thus restricting the availability of export markets and access to world price.

History shows clearly that the availability of safe, reliable and reasonably priced energy is an essential element for societies to develop and grow. It also shows that societies that ignore reality and engage in mass hysteria will be relegated to the dust bin of history, a footnote in some future academic book on cultures that succeeded or failed. The current climate hysteria combined with our progressive Liberal federal government have certainly placed us squarely on the 'Road to Serfdom'. We need to prepare ourselves for higher taxes and fewer services, and not just in Alberta.

The recent federal election might be called An Election Too Far. It has shown that the Federal government, rather than advocating for a united Canada, has used the excuse of regional votes and a misplaced climate agenda to target two provinces considered to be expendable to the fortunes of the Natural Governing Party. It is a type of Curley Effect, detailed in this Harvard study, that turns the traditional views about the requirements for good government on their head.

I would argue that this election has been an inflection point in Canadian politics and unity. The current Alberta government, supported by a majority of citizens, will now move to implement the Alberta Agenda which was rejected by Ralph Klein. The attitude shift has taken place and will not be easily reversed.

Further, when the predicted global financial train wreck finally arrives there is a reasonably high and growing probability, sad to say, that Canada will not survive in its present form. But that is for a future blog.